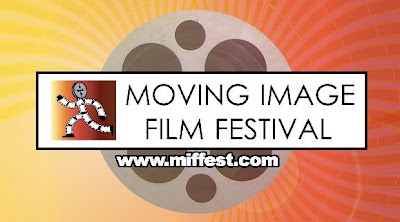 The summer between my first and second senior year of college (I hadn’t gotten dining hall burgers or sleeping with my underclassman girlfriend out of my system), my friend Rob and I took a road trip from New York to visit our friend Ted, who was spending a year working in Toronto.

It’s one of my manliest of memories. We spent a few days bringing home steaks from the farmer’s market and grilling them at Ted’s place. We took the ferry out to Toronto Island and played Frisbee golf. We busted balls with the locals at downtown sports bars. We watched our Yankees play the Blue Jays at SkyDome, then drove to Detroit to see a Tigers game. Yes, Detroit – the murder capital of the Midwest.

So I have a special fondness for Toronto, and it came back fully when I found out the city’s Moving Image Film Festival was the 38th fest to accept my film. Who wants a 5% alcohol-by-volume beer?

One last manly memory: I even got a speeding ticket doing 90 in a 65 heading up to Toronto. Though, on second thought, that wasn’t so manly because I was driving my mom’s Volvo. Boxy, but lame.
Posted by Matt Shevin at 12:11 AM No comments:

Actor Search For A Film I Would Pay To See Even If I Didn’t Get The Role. 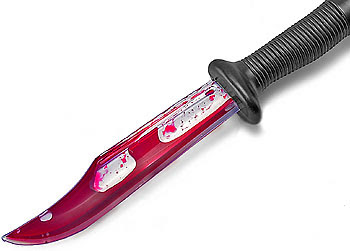 How Was Thanksgiving In Cali? 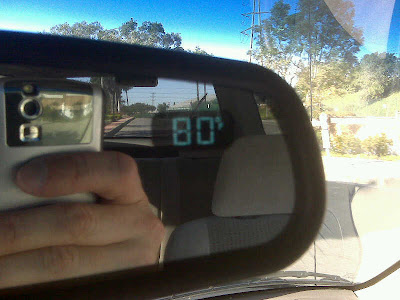 I'll let the thermometer do the talking.
Posted by Matt Shevin at 1:01 AM No comments: 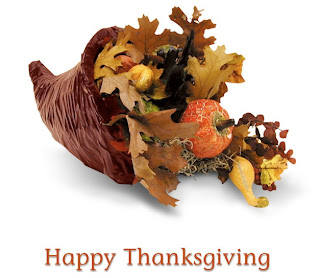 My blog wouldn’t be possible without the help of a lot of people, places and things. So I hereby dole out a few thank-yous to:

Everyone have a happy and a healthy. And remember: white meat's for suckers.
Posted by Matt Shevin at 12:16 AM No comments: 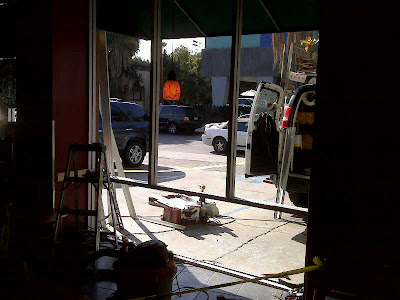 It doesn’t take much to make my day – just genius, transcendence, perfection. Serve me up a tall glass of those and I’m an easy fella to please. Ask anyone.

And I think I found the woman who's all those things rolled into one, when my friend Angie and I entered this Starbucks off Melrose Avenue and heard the crunch of tiny shards of glass underfoot.

Turns out, a woman drove her car through the front window of the place. It happened at 8 a.m., with a big line of people inside. No one was injured, but I’m sure they no longer needed caffeine to jolt their systems.

In order to pull this off, my lady must be the Usain Bolt of reckless drivers, because she most likely came down Melrose, made a quick right and a left into the parking lot, then jumped a concrete parking block before smashing through the glass and metal frame and cruising across the shop.

She is one crazy broad. And I must find her and make her mine.

But before I take her out back behind the middle school and get her pregnant, it gets better. Someone rolled video seconds after it happened and posted it on youtube. Relish it here.

Ladies and gentlemen, my wife. 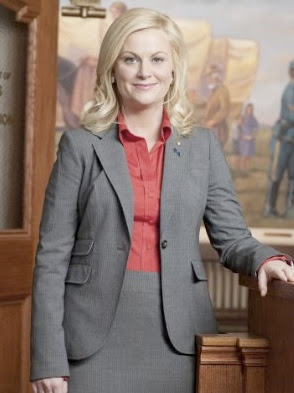 Nobody likes a name-dropper. I believe Denzel told me that. Or was it Alec? I’d better check with Meryl.

So in the ultimate act of self-loathing, I’ll shamelessly recap my meeting with Amy Poehler the other day.

My friend/kickass event coordinator Risa, who’s working on the upcoming Winter Olympics in Vancouver, is recording greetings from celebrities that’ll be broadcast at various events. While she was out of town, Risa needed me to get Amy’s, so I went to the set of “Parks and Recreation” and took care of it. I also hung out with Amy’s husband Will Arnett, who was guest starring on the show.

I gave myself a tour of the set, which is loaded with really funny details, including framed photos of the former mayors of the fictional town of Pawnee, IN, each labeled with engraved nameplates. The names are too small to read on TV, so the crew had some fun with them. One of the best: a mayor that seemed to be a mishmash of Mexican and Russian. His name: Jose Chekhov.

My dream job is to star in a sitcom someday. Especially if it features top-notch writing and subtle prop racism. Huge fan. 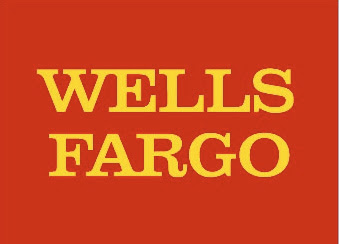 I know – it’s a busy Monday and your brain is filled to capacity with all kinds of vital thoughts. Like what the over/under is on shopper fatalities at Walmart this Friday. Or why the NFL hates us so much that they subject us to Lions football once again this Thanksgiving. And, most importantly, to help suppress your appetite before the big meal, is it a good idea to re-watch Two Girls One Cup?

In spite of all these crucial matters, I ask that you free up just a bit of mental RAM to think good thoughts for me today. You see, on Friday, my agent called and told me I was on avail after auditioning for a print ad for Wells Fargo Bank, which means it’s down to me and one other guy.

If I book the job, the benefit is yours, because money in my pocket means kickass Christmas gifts for all the people who support me. And by kickass gifts, I'm talking that giant rubber thing in the Skymall catalogue that connects two twin beds to form one big one. You know you need it. Thanks for the assist.
Posted by Matt Shevin at 12:35 AM 2 comments:

Actor Search I’d Kill To Be Right For. 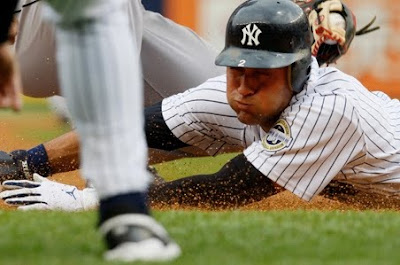 I blame my mom for not hooking up with a black dude:

We are seeking the PERFECT body double for Derek Jeter. This athlete/actor must be able to do the following: slide head first into home plate AND be on-camera doing a test slide for audition session and/or callback. Also, HAZARD pay to be negotiated...

Here’s what I know about Eugene, beyond it being arguably the best name for a nerd besides Waldo: it’s the home of the University of Oregon, where Animal House was filmed, and it’s where Nike was created in the 70s. Nowadays, Nike shoes are manufactured in Indonesia by young children for 3¢ an hour. Sorry about the lack of bathroom breaks, kids, but those shoes ain’t gonna sew themselves.

You know, if these toddlers were to set up a film festival in Indonesia, I would attend that festival. I mean, if they can create a shoe that makes me feel as if I’m walking on air, imagine their attention to cinematic detail. And their tiny fingers sure could thread a projector. All for the cost of a Bazooka Joe.

Where was I? Right, Eugene. The Eugene International Film Festival, and its peculiarly tiny official selection emblem, is the 35th fest to accept my film. And even though it’s run by white grownups (boring!), I graciously accept.