Is being accepted into film festivals considered a skill? I suppose technically it’s not, though I’d like to think otherwise, seeing as my only other talent is making English muffin pizzas.

Either way, over the weekend, The Beneficiary, the film I wrote, produced and starred in, won the “Special Jury Award” for Best Short Film at the Action/Shorts Festival. How ‘bout that?

Not only is it an honor, but it’s nice to be in front of a jury that doesn’t have the power to send me to Chino for five to ten. I’ve seen “Lockup Raw” on MSNBC, and I don’t think I’ve got what it takes to join the Aryan Nation. Maybe there’s an Aryan reserves. I'll have to check.

My utmost appreciation, Action/Shorts.
Posted by Matt Shevin at 12:03 AM No comments: 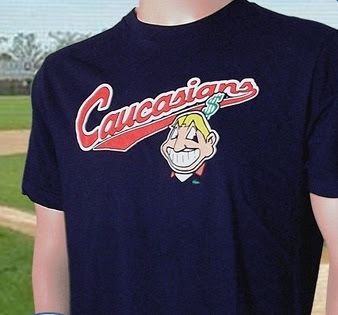 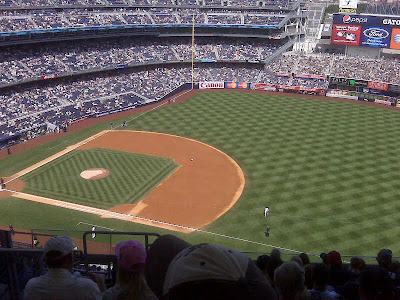 The last time I spent this much time in the Bronx, my mother was giving birth. But there are two great reasons to return here two days in a row: new Yankee Stadium, and it’s a great place to see old guys dressed like Morty Seinfeld.

Two games in less than 24 hours, and now I can truly assess the place – it’s a monument to detail. I can’t get enough.

And yet I pry myself away. Vacation over, time to get back to work. 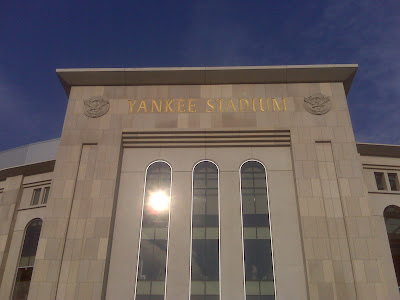 They used real gold to paint this over the entrance. I used tin foil over mine. 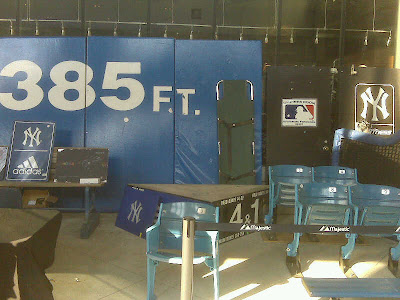 Your mom been hinting about a right-centerfield wall from the old stadium for her birthday? Now’s your chance. 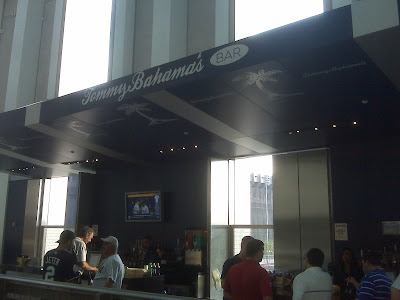 A Tommy Bahama’s bar? At a ballpark in the Bronx? Well, then. (Sound of me walking frantically away.) 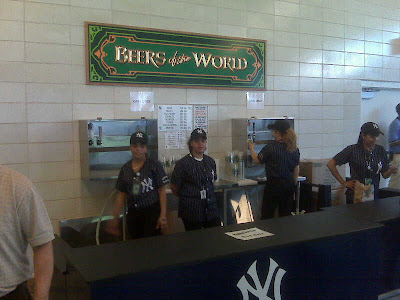 Beers of the world. If your “world” consists of only 11 countries. Actually, make that eight – three of the beers were German. I do dig the reversed-out Yankee jerseys all the vendors wear, though. one-bedroom. But living in an apartment is one of the many sacrifices I make while I happily pursue my dream. And I love the pursuit. I love the people, the challenges, the city of Los Angeles, and, most of all, the feeling that makes my heart quicken every time I get to do the thing that I love: acting.