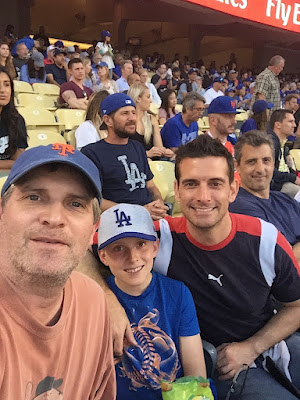 Andrew is everything I could have asked for in a big brother. He looks out for me, always picks up a check, and his moving to LA paved the way for me to come out here and pursue my dream. He let me live with him for the first few years I was here, and now I nap on his living room couch every Sunday afternoon. I owe him.

Happy birthday.
Posted by Matt Shevin at 12:08 AM 1 comment:

Still Good To Be At A Ballgame. 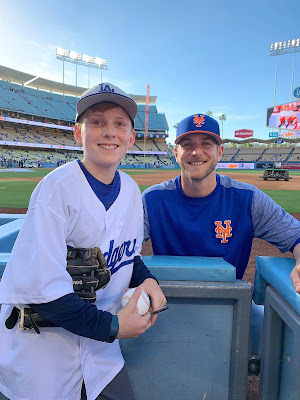 My nephew got to take a pic with major league pitcher Drew Gagnon last night. Drew, however, is a New York Met, so it’s kind of like meeting the best dancer at a wedding.
Posted by Matt Shevin at 12:08 AM No comments: 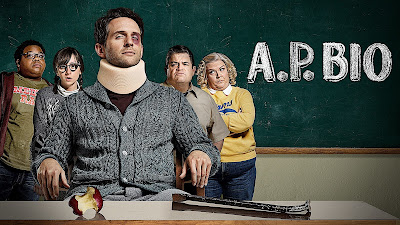 Smart move on both sides. The result was a very poignant sitcom. While it was eventually dropped thanks to Louie’s infamy, I wish NBC had shown the same original faith to “AP Bio,” one of my favorite shows, which was canceled the other day.

“AP Bio” is smart and subversive and nutty – completely my type of show, but after two seasons, NBC pulled the plug. It set off a virtual Boston Tea Party of backlash. #SaveAPBio trended #1 on Twitter.

I’ve said it before, and I suppose I should be used to this by now, but there will always be one great sitcom on the air that will be unfairly canceled, so enjoy it while it’s here, grieve when it’s gone but know that another short-lived gem is coming.

Ironically, the show that follows “AP Bio” is “Brooklyn Nine-Nine,” my very favorite show, which was canceled by FOX last year and immediately picked up by NBC. Follow suit, FOX, Netflix, or Hulu. Please and thank you.
Posted by Matt Shevin at 12:08 AM No comments:

Star Of Screen And Stage. 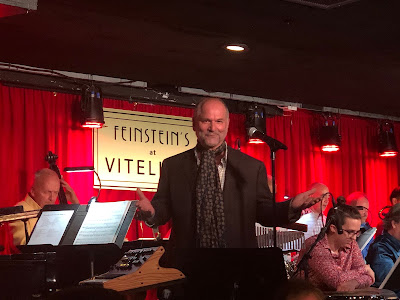 I was back at the scene of the crime – Vitello’s, where Robert Blake more likely pulled the trigger – Sunday night, to once again watch my friend John Kapelos kill it on stage at the supper club. This time, John performed two songs for his friend Geoff Stradler, who was celebrating his birthday with his big swing Strand Band.

It’s fascinating to watch the best musicians in LA each play multiple instruments. I was entirely jealous of the percussionist who got to run her fingers through a mark tree. This thing: 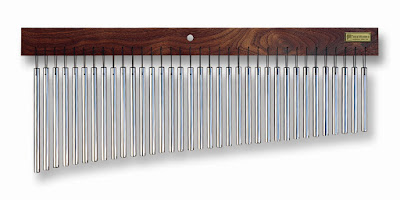 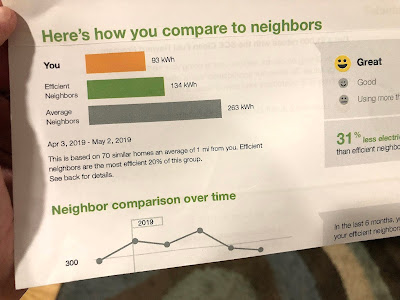 I’m pretty private and not great about boasting to my neighbors, so I renamed my WiFi “Suck it, Barry and Elaine.”
Posted by Matt Shevin at 12:08 AM No comments:

All Set For The Holiday Weekend. 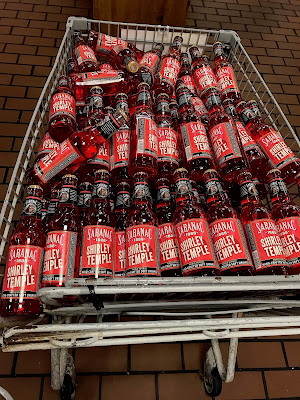 Once Again: My Nemesis. 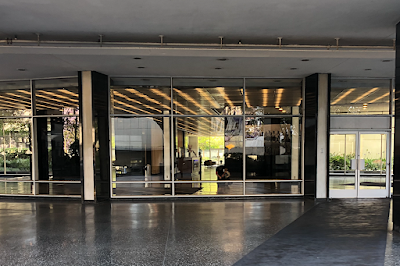 Shooting the movie I wrote, produced and starred in was so rewarding. It was accepted into 45 film festivals, I made lifelong friends with the cast and crew, and director Ted Melfi went on to big-time stuff. It was all perfect until we were shooting at LA Center Studios and heard a loud bang. One of our lights was too close to the large window, and the heat cracked it badly.

There you have it: the one misstep of our shoot. The lone bruise on The Beneficiary banana.

And there I was on Friday, face-to-face with the window that cost me four figures. It’s been seen in many an episode of “Mad Men”, and it still mocks me. Well played, sir.
Posted by Matt Shevin at 12:08 AM No comments:

We Love You Long Beach! 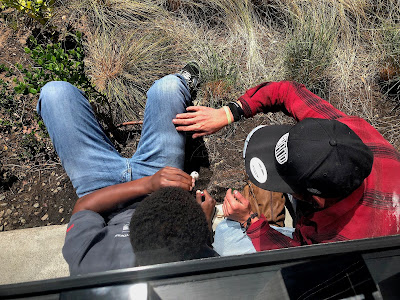 When you do drugs, you’re also doing all the drugs that those drugs have done.

Just ask these gentlemen, who leaned against a building in Long Beach and gave me a front-row seat through a window of their two-hander on the wonders of crack. Much respect. 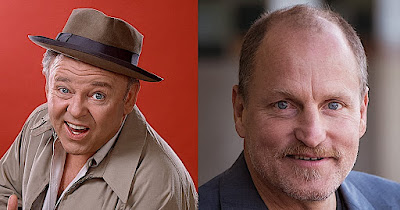 Are racist people like, “Ugh, my open-minded dad is going to be at Thanksgiving this year.”

It does tend to skip a generation, and case in point: Archie Bunker, hall of fame racist dad, vs. his daughter and hippie son-in-law.

Many people say they couldn’t produce a show like “All in the Family” nowadays, but ABC begs to differ – sort of, and in a very cool way. Wednesday night, it’s going to air a live TV broadcast of both “All in the Family” and “The Jeffersons.” Check out the cast:

It’s 90 minutes long, hosted by Norman Lear and Jimmy Kimmel, and I am all for it. A night without shit reality TV is always good. And the live aspect adds a degree of excitement. We need more of this. Let’s all watch and make the rating high.
Posted by Matt Shevin at 12:08 AM 2 comments: 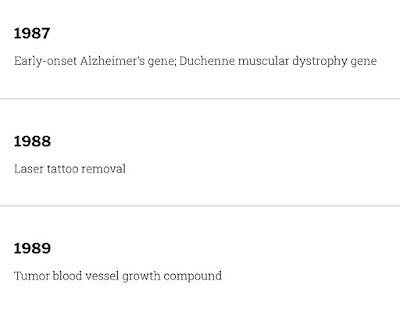 While researching a role, I came across a timeline of the most important medical breakthroughs. Way to put the cure for everything on the back burner, 1988 docs.
Posted by Matt Shevin at 12:08 AM No comments: 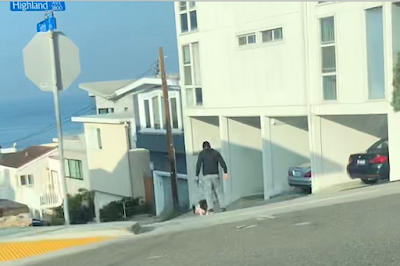 I was about to make fun of this guy walking his pet pig, but then I realized he always has access to bacon.
Posted by Matt Shevin at 12:08 AM No comments:

I Turned This Many Years Old. 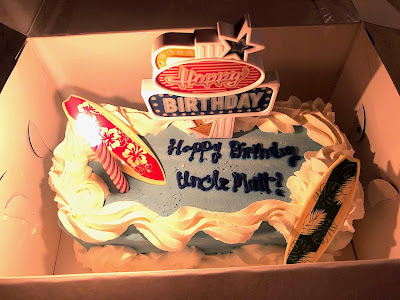 Before you spend $200 on birthday party entertainment for your child, my mom once sprayed my friends and me for 45 minutes with the hose. Rave reviews.

It didn’t reach that level of awesome yesterday, but it was really nice. Thanks to my brother’s family for a perfect nigh, and to everyone for all the birthday wishes. You overwhelm me in the best way.
Posted by Matt Shevin at 12:08 AM 1 comment: I bet the worst part about being a birthday cake is when you're set on fire, and then eaten by the hero that saved you.

As I prefer, in lieu of gifts, you frequent the things I love in life so that they never go away. Here’s a random list: 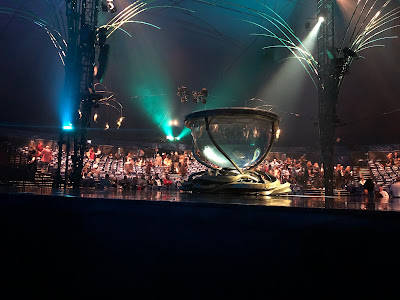 I’d never been to Cirque du Soleil for that matter, even though it doesn’t have any clowns. (Well, one clown – but he was really just some makeup-less French Canadian dude with male pattern baldness who killed time while water was mopped up on the stage.)

Saturday night, I saw the latest Cirque du Soleil show Amaluna, under a big temporary tent set up on the water by the Battleship Iowa. And I really liked it. Here’s what’s cool about Cirque: it isn’t so much acts, but dangerous stunts. Cirque pulls its talent from Olympic and NCAA gymnastic events, and these athletes risk it all every night. In one cool moment, a guy stood on another guys’s shoulders, and then another guy stood on top of him. (The guy at the bottom looked appropriately miserable.) Another set of guys tossed a woman up to attempt to become the fourth person in this stack. It kind of didn’t work the first time, and to the show’s credit, they tried it again, nailing it. The intimate crowd had bonded, encouraging the stars on and exploding when it worked.

It’s here until May 26th. Highly recommend.
Posted by Matt Shevin at 12:08 AM No comments: 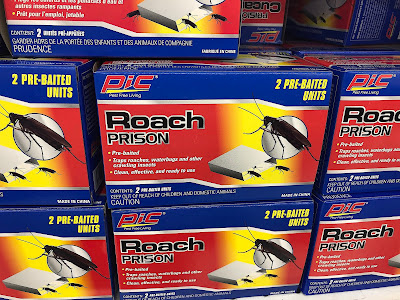 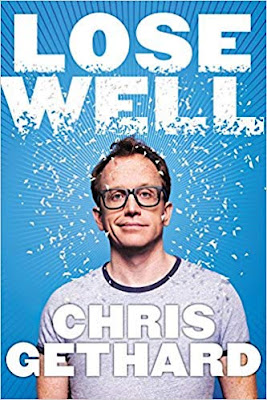 Remember when mohawks meant you were a tough punk rocker? Now they just mean you’re three and your parents are idiots.

But back when they really meant something – in the 90s – a 13-year-old Chris Gethard tagged along with his big brother to a punk rock concert in the basement of a church in New Jersey. It was there that young, nerdy Chris first witnessed people who took risks and pursued their passions. He couldn’t believe these young, marginally-talented bands had real, produced cassette tapes and t-shirts and just went for it.

All these years later, Chris is a great comedian and actor (he was in Don’t Think Twice, my favorite movie of 2016 ), and has written a new book that embraces failure – how it is both inevitable and vital to success. I’m halfway through and love it. An excerpt:


So many people are convinced they can’t have what they want because someone else told them no, doubted them, or got in their way. But there are others out there, the blue-collar Joes with secret art studios in their basements. Housewives who stopped housewifing and started selling their wares online. Punk kids who have the balls to shill their music before they even know how to play their instruments. They are the discontented, the beautiful, the frustrated, bored, fed-up troublemakers who say, “screw it” on behalf of all of us. They try, they fail, they try again. When someone tells them how things are, they ask, “Why?” When someone tells them something’s impossible, they say, “By whose standards?” And when someone tells them their idea isn’t worth doing they say, “Thank you for your input. Now get off the tracks because the train is coming through.”

I could totally handle twins, triplets, even quadruplets.

Oh, wait – you're talking about BABIES?

The set of quads I saw at an audition a few months ago were cast in the video for “Girl”, by Maren Morris. They’re cute and sweet and it’s good to see them working.

The video is empowering, and the tune pretty catchy. You’ll see the sisters at the 3:18 mark:
Posted by Matt Shevin at 12:08 AM No comments: 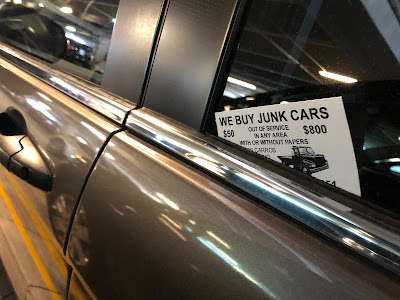 Years ago, my only wish was to someday give someone a ride and not have to apologize when they got into my car.

All that’s changed, but when I saw this card stuck into the door of the car next to mine at the gym yesterday, I felt the owner’s pain. It’s tough enough to get around in a jalopy without someone offering a couple bucks for your piece of shit.

Tear up the card. It gets better, dude.
Posted by Matt Shevin at 12:08 AM No comments: 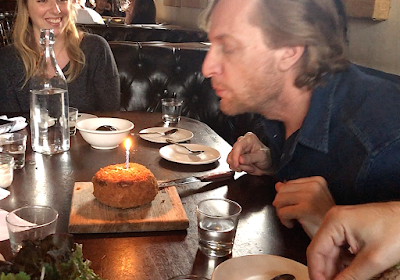 You know, we all hate smokers – until we need to light a birthday cake.

And what a birthday cake. Deep-fried Fluffernutter, for my friend Bru. We got together at Black Market Liquor to celebrate.

It was the highlight of a very good weekend. Three actors, a director, a film composer, a standup comedian, and a research scientist who is literally going to cure herpes. Our conversation was even better than you can imagine.

Happy birthday, sir.
Posted by Matt Shevin at 12:08 AM No comments: 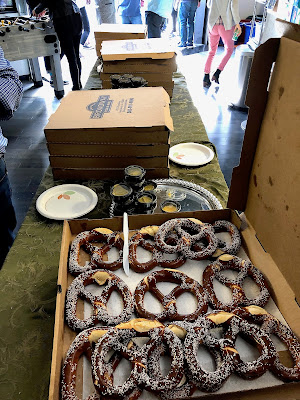 If I ever faint in front of you, don't panic. Just grab a soft pretzel and wave it under my nose.

Attended a German-themed celebration yesterday, and ate my weight in salty goodness. The weekend will only be a letdown.
Posted by Matt Shevin at 12:08 AM No comments: 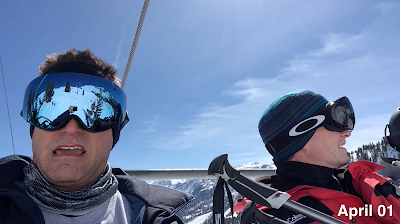 Highlight of my month: finding out that “April fools” is not a valid defense in a court of law.

Here is that month, one second per day:

He Is: The Greeter. 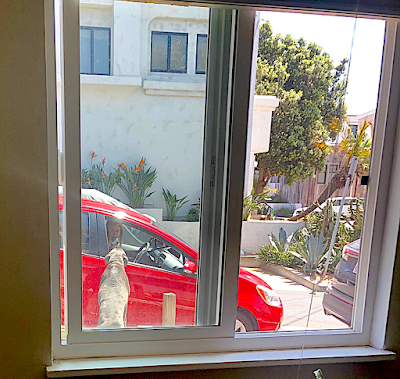 When I held Ricky as a puppy for the first time, I never dreamed he’d end up on all kinds of strangers’ Instagram feeds.

Yet here we are. Everyone who parks in front of my house suddenly finds his ginormous face smiling in their passenger-side window. And they all become quick-draw artists, snapping his pic.

Revamping the reputation of Pit Bulls, one parallel parker at a time.
Posted by Matt Shevin at 12:08 AM No comments: