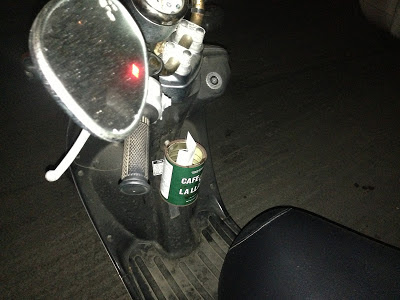 That bolted-on Italian coffee can is a nifty place to put shit – like that ticket for illegally parking on street-cleaning day.
Posted by Matt Shevin at 1:15 AM No comments:

In Which I Offer My Lukewarmest Congratulations To The Gays. 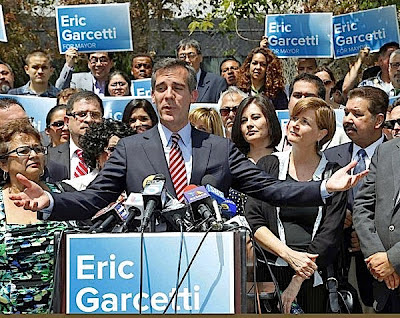 Los Angeles Mayor Antonio Villaraigosa is so inept that sooner or later he’s going to sit on his own balls.

However, Mayor-elect Eric Garcetti takes office July 1st, and it can’t come soon enough. Garcetti has already rolled up his sleeves and is trying to fix showbiz in LA. On Monday, he met with a few dozen scouts, agents, producers and studio executives to discuss the state of LA’s TV and movie industry, and how he can help bring back the huge chuck of filming that moved to other places under Villaraigosa.

The fact that Garcetti is reaching out to the entertainment business before even taking office is so damn good for us actors and crew members. He’s thinking about naming the city’s first-ever film czar (whoever gets that title is SO getting laid), and talked to the governor about making tax credits for filming in California competitive with all the states that have been undercutting us the last few years. Suck it, Massachusetts.

In 2010, one of the studios in Hollywood hosted an event called Film Works, to promote filming in Los Angeles. Mayor Villaraigosa, too busy banging Telemundo reporters behind his wife’s back, didn’t attend. You know who did attend? Then City Councilman Eric Garcetti. Eric, you’re a handsome man.

It’s a great time to be an actor in LA. And Tony Villaraigosa, it’s been far from a pleasure. Collect your shit and get the F out.
Posted by Matt Shevin at 12:05 AM No comments:

If You Must Drink And Drive... 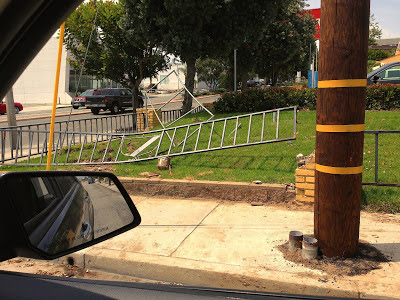 …not to worry – the railing at the El Torito will cushion your impact.
Posted by Matt Shevin at 8:47 AM No comments: 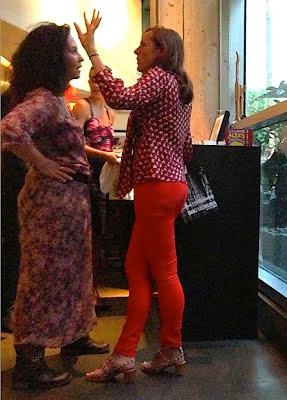 Perky, animated celebrity sighting: that’s Molly Shannon on the right, at Hungry Cat in Hollywood on Saturday night… Hungry Cat, by the way, is a kickass name for a seafood restaurant that has one of the best lobster rolls I’ve ever eaten. And it’s half a block from ArcLight Cinema, the best movie theater in the world. Los Angeles – F yeah… Saw World War Z. Since the zombies in this movie are attracted to loud noises, we should preemptively quarantine my upstairs neighbors.
Posted by Matt Shevin at 8:38 AM 2 comments:

The amount of power surging through me after successfully giving a stranger directions can only be described as dangerous.

So I can’t imagine what it felt like the other day when Christina Torre caught a baby who fell from a second-story window in Brooklyn.

So, Joe’s got four rings, and Christina has the adulation of an entire city. JW – you’re up. Make the family proud. Best of luck.
Posted by Matt Shevin at 1:15 AM No comments: 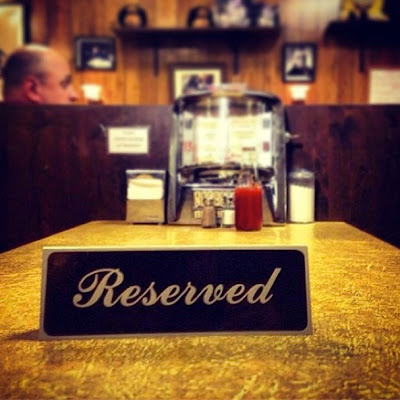