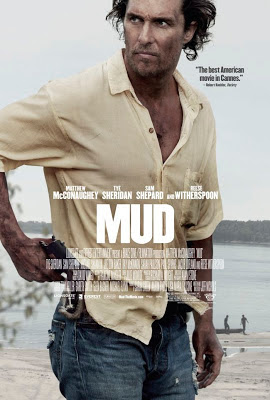 Fill a movie with street racing and questionable dialogue and that’s good enough for me. And by “me,” I mean a home-schooled four-year-old with a head injury.

On the other hand, give me a perfectly-told drama with symbolism and tension and I am hooked. Mud is the story of two teenage boys who stumble upon Matthew McConaughey, a fugitive hiding from both the authorities and contract killers, who asks them to risk everything to help him. Matthew is a phenomenal actor unfairly judged for his southern drawl and bongo incident, but this is his best role ever. As the title character Mud, he’s strange and dangerous and absolutely authentic, and he’ll get an Oscar nomination. And giving him a run for his money is Tye Sheridan, a 14-year-old actor in only his second film, already able to own the screen.

The movie is about fathers and sons and love and fighting for a woman, and it’s amazing. And it’s in rarefied air on Rotten Tomatoes, with a stellar 97% rating. (Argo, last year’s Best Picture, received a 93%. My favorite, Django: Unchained, got a 77%.)

See it. You will love it, and it will stick with you.
Posted by Matt Shevin at 12:48 AM