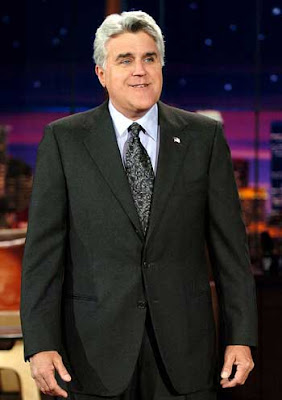 The casting director for “The Jay Leno Show” is a super cool guy named Scott Atwell who I pray is not a blog reader. Because if he is, he may come across someone heavily bitching about his show.

Jay’s new show is going to feature more sketch comedy, so Scott came into the workshop I attend and asked actors to bring in their own comedy scenes. By auditioning for him, I was able to both get on his radar, and challenge South Carolina Governor Mark Sanford for Hypocrite of the Year.

My friend Damien and I recreated a “Saturday Night Live” spoof of NBC’S “Dateline,” and reporter Keith Morrison. Damien does a spot-on Morrison, who’s a kooky old guy with a southern drawl that lets out titillated “oohs” as he interviews the victims of crimes. Meanwhile, I got to play three different characters. Here’s an abbreviated recap of our scene:

(I’m dressed in a shirt and nice jacket.)

ME: When I walked into the convenience store, I saw it was being held up.

ME: One of the robbers shot me.

ME: No. A bullet through my neck.


(I quickly take off the jacket, as Damien sets up the next interview with the next character):

ME: We had just gotten married...

ME: Yeah, I guess. At the reception everyone was dancing and suddenly the whole roof caved in.

KEITH MORRISON: Oh, no-o-o. Was that supposed to happen?


(The shirt comes off and I become a prisoner wearing a wifebeater):

ME: Yeah, my big thing was that I would take old dudes and kill 'em.

ME: Then I cut 'em up into pieces.

ME: Then I grind 'em up in the meat grinder.

ME: Then I put 'em on bread and eat them.

KEITH MORRISON: I guess you could say you had yourself a Man-wich.


We got big laughs and I felt great about it. And now, I wait.

Have a great weekend, everyone. The OC Fair is still going on, and today is senior day. I hear if you bring your own defibrillator you get five bucks off admission.
Posted by Matt Shevin at 1:45 AM