If You Prick Us, Do We Not Bleed? 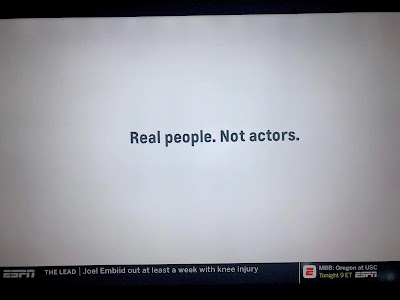 I’m perfectly fine with commercials for prescription drugs using actors. But they would be so much better if the actors had to act out the side effects, too.

I’m also okay with commercials not using actors, though I don’t appreciate the need to emphasize these “real people”. I understand the intent – these aren’t scripted testimonials, but it still promulgates the myth that actors are entirely phony. Maybe this is just playing out in the space between my TV and my eyeballs. But still.

On the contrary, actors are the best. We sacrifice to pursue our dreams, and few people do that. We have guts. We have to walk into an entirely stressful (and sometimes career-changing) situation – an audition – and access our emotions. And we’re smart. We have to know a lot about a lot in order to play someone in which we have little in common. I love actors.

Jay loved it and he wrote it down. Expect him to use it on his podcast soon.
Posted by Matt Shevin at 12:08 AM