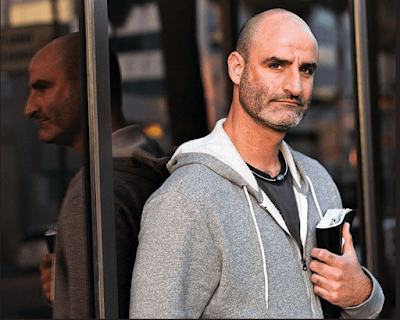 Years ago, I went to a taping of “The Best Damn Sports Show Period”, a TV roundtable of former athletes talking sports. There were long breaks before and during the show, so a comedian named Brody Stevens warmed up the crowd.

I instantly loved him. His delivery was like a speeding train – all bluster – yet self-deprecating. He had been a relief pitcher at Arizona State (Barry Bonds was his teammate), which led to me peppering him with questions about it. A Jewish kid from the valley playing in the College World Series is cool as shit.

When he graduated ASU, he developed a comedy act, and busted his ass. (Always bet on former college athletes. They are more driven and disciplined than anyone else. My friend and now big-time director Ted Melfi also played college baseball.)

Brody made me laugh during commercial breaks of “The Best Damn Sports Show”, but when the cameras rolled, and we were supposed to be very quiet, he would suddenly hold up big pictures of really funny things to the audience, and then put his finger up to his mouth, shushing us. I was out of my mind.

He was a force. He was so cool. He was so friendly. And on Friday, he took his own life.

It devastated the comedy community. All of the biggest comics tweeted all weekend about him. The ASU baseball team held a moment of silence before their game yesterday. Brody had gone off his meds and was dealing with major depression. It’s something many of us will never understand. Even Brody himself didn’t see it coming. Here’s his last tweet, less than 24 hours before he passed:

I’m ready to get back on the festival circuit.
— Steven BRODY Stevens (@BrodyismeFriend) February 21, 2019


Here’s a clip of how I remember him. A Tasmanian devil. Rest in peace:

Thank you Brody for sharing your Comedy and positive energy with us for so many years. You made late nights so much fun, pushing boundaries, being different, and never doing the same show twice. Joke writing, crowd work, drums, baseball. We love you forever Brody. #brodystevens pic.twitter.com/IYvo0wmWrt
— The Comedy Store (@TheComedyStore) February 22, 2019