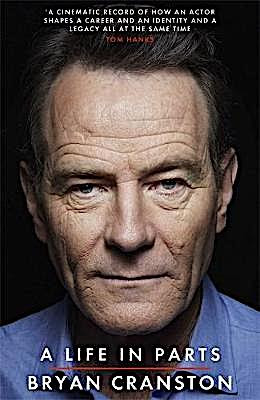 Revenge is a dish best served with a laxative that looks like chocolate.

But that’s just me. Bryan Cranston’s experience was different. I’m a third of the way through his autobiography, and it’s fascinating. Dig this: when Bryan was in high school, he worked odd jobs to help his mom make ends meet. At one point, he worked for a very stodgy house painter, who one night had a strange request. He picked up Bryan in his truck and pulled up to a fence behind a home. He handed Bryan a brown paper bag filled with something, and asked him to stand up in the back of the truck and toss it over the fence into a pool. Here’s Bryan’s recap:


I took a deep breath and I tossed it high into the air. It felt good. It looked good. It WAS good! Right in the middle of the pool. I scampered down and got into the truck’s cab, and Jim drove off. I asked for an explanation. Jim nodded and smiled. “Inside the bag was dried India ink,” he said. When the paper got saturated and fell apart, the powder would expand and bloom and spread throughout the pool, finally settling on the plaster siding and bottom and permanently staining it. The owners would have to drain the pool and sandblast the entire surface to remove it. He explained that he’d painted that house nearly a year ago. He’d tried again and again to get them to pay, but no dice. This was his way of closing the account.

On another occasion, Jim picked me up and we went to a small market, where he grabbed six whole mackerels. We drove to an unoccupied two-story modern in the Hollywood Hills. Jim told me to grab the ten-foot ladder as he retrieved a hidden key from a planter near the back door. He pointed to a spot on the middle of the upstairs hall, and told me to climb up the ladder and open an air-conditioning intake grill. As I did, I looked down and saw Jim removing the wax paper from the mackerel.

He calmly instructed me to throw the first one inside the AC ducting as far as I could. We heard it slide maybe twenty feet away. He handed me another fish and told me to send it down a different duct. I threw three fish in three directions, then we moved downstairs to another intake and I repeated the steps. As we drove away in silence, I couldn’t stand it anymore, and asked what it had all been about. “No other fish stinks like mackerel when it rots,” he said. They’d only expunge the smell by replacing the air conditioning ducts and compressors. The whole system. It was another nonpayment situation. I asked if he ever tried small claims court. He smiled wider than I’d ever seen him smile. “We just did.”